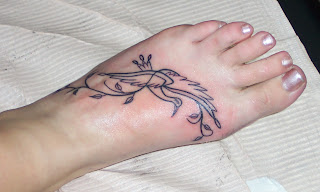 Of course New Mexico wouldn�t regulate that... I mean, its not like you can get any nasty diseases from ... oh, wait... If I ever get a tattoo, I shall be very careful. And probably not get it done in NM. We do have more planets than the rest of the world, though... ;)