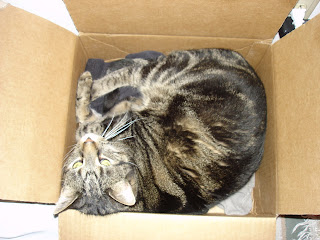 I've signed up for Twitter, an internet thing that lets you update your status using 140 characters (including spaces!) or less per post. It's kind of like a little mini-blog. Anyway, I've begun posting updates in the form of limericks, which is kind of fun - depending on word choices, they are generally about 140 characters, tho I often have to abbreviate some words.

Following are a few of the limericks. I've un-abbreviated some words to aid in clarity. =)

"last nite did u complete a task?"
some among u might ask
I did! (You're astute!)
& enjoyed it, to boot-
I watched Neil Gaimon’s Mirrormask


on Mon. I was in a daze
from a cheery, oft-repeated phrase
so thanks to y'all
who wrote on my wall
a plethora of "happy birthday"s

(this was directed at people who'd wished me a happy birthday on my Facebook "wall," the area of the site where you can leave comments)


This is a really bad poem
'bout how I wish I were home
so I would be free
to play my PS3
I'd play Eden, or else Echochrome


2day my mood was the saddest
b/c of somethng my vocab'd missed
on an invoice I read
& then scratchd my head
this guy's title was: Numismatist

(The Snertz is a pretty intense workout designed for Ultimate (frisbee football) players. Lots of sprinting, some jumping, etc.)

hahaha I was thinking about writing limmericks on Twitter because a friend is doing poetry... Welll, lo and behold, you have already done it. hahahaah